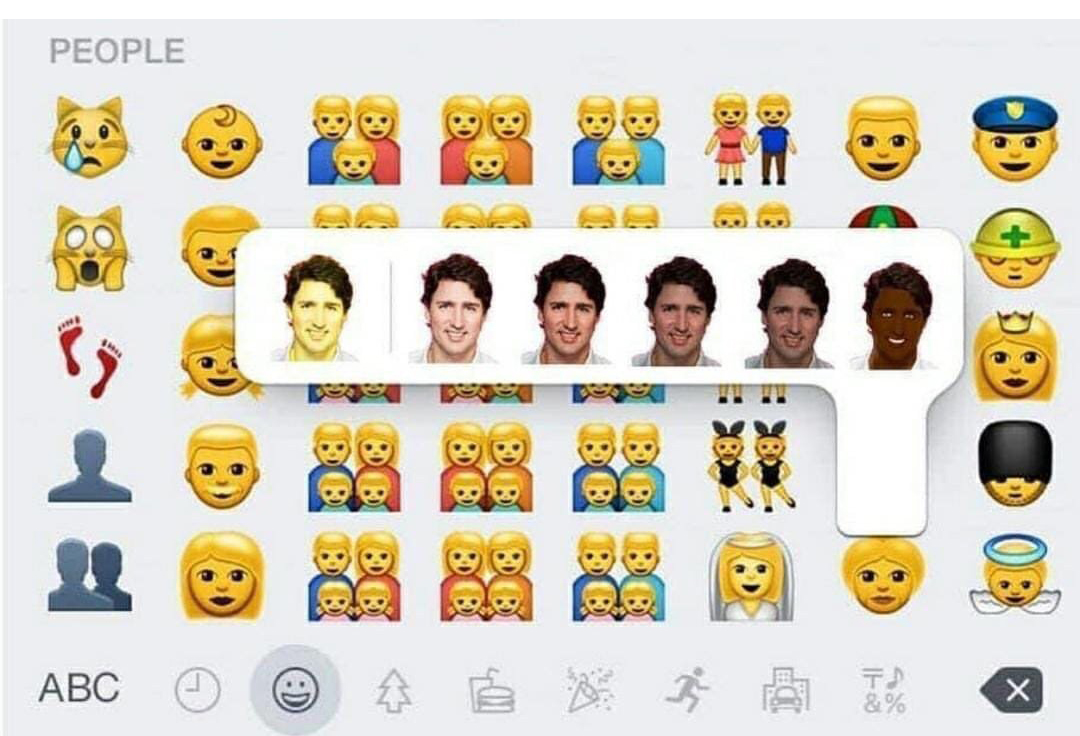 After releasing an initial Trudeau emoji for the last iOS update, many users complained that it did not represent the Prime Minster of Canada’s true colours.

Apple states that you will easily be able to find the emoji by searching for the term “Tyrant” on the keyboard. Terms like “blackface, drama teacher, and liar” also work, they said.

Trudeau has been the center of attention around the world recently after fleeing the country  in order to avoid protesters at the capital, as well as testing negative for COVID-19, and apparently donning blackface to flee Ottawa undetected.

Unfortunately Android users will still have to wait for this glorious addition to their emoji collection, no word yet on when it may be released.